The publication of 3GPP Release 15 in June 2018 paved the way for the new 5G air interface, making a new step towards the new generation of mobile networks. The work on the development of a new radio interface dedicated to Internet of Things (IoT) connectivity should then start in 2020. It is expected to replace or to complete the Narrow Band-IoT and LTE-M interfaces originally specified in Release 13 in order to achieve the multi-service capability of 5G. Actually, IoT use cases can be segmented into two categories: “critical” applications (traffic safety, automated vehicles…) and “massive” applications (smart buildings, transport logistics …). Massive applications are characterized by an expected high density of connected devices (1 Million/km² from IMT-2020 requirements), small data payloads, as well as stringent constraints on the device energy consumption and cost. Maximizing the spectral efficiency of an IoT network is a key pre-requisite for providing massive connectivity. At the link level, it can take advantage of powerful error control codes such as Non-Binary (NB) codes. At the system level, reducing “meta-data” throughput, i.e., exchange of information linked to signaling, synchronization and identification is the new paradigm of massive IoT network. This requires encompassing those functions in a single well protected frame. The first wave of IoT standards are far from achieving the reliability and spectral efficiency targets: they implement sub-optimal Forward Error Correction (FEC) schemes such as convolutional or Turbo codes combined with repetition codes (EC-GSM, Narrow Band-IoT and LTE-M ), simple Hamming codes (LoRa ), or simply omit any FEC capability (SigFox).

The aim of the QCSP project is to contribute to the evolution of IoT networks by defining, implementing and testing a new coded modulation scheme dedicated to IoT networks. The “big bet” of the project is to work on the emergence of NB codes combined with a Cyclic Code Shift Keying (CCSK) modulation. This new coded modulation scheme, called CCSK-NB-code, can be easily implemented in a cost efficient way at the device side. CCSK-NB-code provides several advantages compared to state of the art waveforms: it offers self-synchronization and self-identification capabilities, and is able to operate at ultra-low Signal-to-Noise Ratios (SNR). The ambition for the industrial partners of this project is to provide an input to the 3GPP standardization committee built from the results of the QCSP project. These results are expected, at least, to initiate discussions around the efficiency of such a solution for IoT and to push CCSK-NB-Code in a future 3GPP release, if the project is able to rally enough support from other industrial partners. 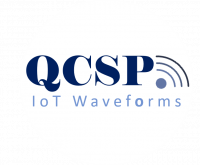